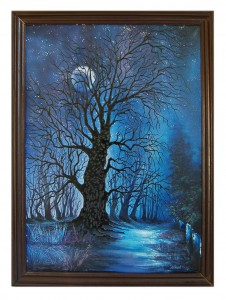 because wide gates and vast way,

leading to death, and the most are

keeping to them; because narrow

and only some find them.

I have been interested  in mysterious phenomena since childhood and had a feeling that one day I’ll face a kind wizard and that will be enough to help people.  The childhood passed  and as well as naive expectations of a kind wizard, who would hand me in his abilities. But at the same time my confidence strengthened and I could find the ways of finding answers to the questions, concerning my own Fate. I have been watching my own life for half of a century and also the fate for 25 years of my fellows. I have been analyzing the fate of thousands of people, learning myths, legends, religions, cultures, which lead me to Understanding, that MAN, beginning with Adam and Eva, has been constantly asking himself the same question: “What am I to do?” and not noticing this,  answers  this question on with own deeds and fate. And within this each person has especially hard periods in his life, when he is searching for the answers to his problems, follows horoscopes, takes into account his dreams and tries to decode them. Quite often at this time  people address  the fortune tellers not suspecting that predictions are not so harmless for everybody as it is considered to be.

Practically all adults, who addressed me for help, had an experience of predictions of so called “professionals”.

Analyzing the necessity in predictions, I came to the conclusion, that if a prediction is Joyful, it causes only for a short period and is rather quickly forgotten almost by all people, considering it as a joke.

If a prediction is gloomy, it influences people in different way, depending on the peculiarities of their characters.

Emotionally strong, responsible, independent  people(about 5%) even from “bad” predictions could make positive conclusions, they could mobilize them on taking decisions of their problems and the recalling of them gradually faded  and they remembered them only in the difficult periods of their life.

The majority of people (about 40%) reacted to such predictions painfully from the stressful states up to inner excitement, which had a tendency to be recalled in decades and prevented the solving of problems as pessimistic directions. Sometimes such “prophecy” had a distinctive character of “zombie-programs”.

Working as a psychotherapist, I convinced that help is much more effective, if a person is not given recommendations on solving his problems but is taught himself to be responsible for doing his own deeds.

Psychotherapy has such definition, as “eco work”, meaning non-interference in spiritual world, ……….

A person doesn’t notice that all his life he asks himself the same question “What am I to do?” and with the help of his action gives “unheard” answers.

At this time the idea of creating “a symbolic Companion” was born, which could implement the main doctor’s precept      —   “Don’t do harm! ”

While creating “The Guide”, I used  scientific achievements in psychology and psychotherapy making accent on NLP (Neuro Linguistic Programming).

“THE GUIDE” is an invisible adviser the best and more effective steps in the achievement of cherished dreams.

Nothing in World happens accidentally!

with a good wishes,     DOCTOR NEDELSKY